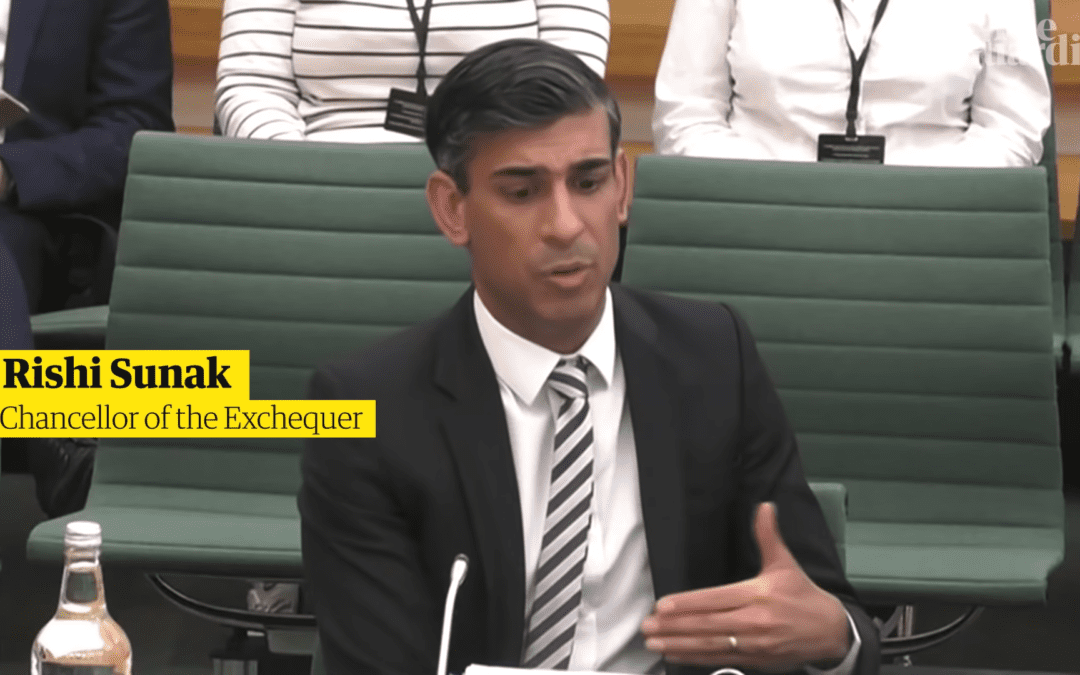 Conservative Cabinet Minister, and Chancellor of the Exchequer, the Right Honourable Rishi Sunak MP refers himself to the Parliamentary Standards Commissioner over Conflict of Interest Claims

What happened to Sunak?

In a row about Conflicts of Interest accompanied by widespread media attention, Sunak has chosen to lay himself belly-up before the Parliamentary Standards Commissioner, asking if he has correctly declared his personal interests [this should include gifts and hospitality he and his family have received].

But this is not the first time Sunak has asked the Standards Commissioner to check up on him on the very same conflict of interest. A quick Google search reveals several headlines on the subject of conflicts of interest and the Cabinet Minister.

This time, the hoo-ha was triggered by Sunak’s sunshine-drenched trip to California and the revelation that technology company Infosys continued to trade in Russia while he was vociferously calling for companies to get out of Russia.

How did the bad news attach to Sunak?

Well, it was also revealed that his wife owns a half a billion GB Pound shareholding in Infosys, meaning Sunak had a direct family pecuniary interest in a company trading in Russia while he publicly admonished other companies for continuing trading in Russia.

Contrast this news with the plight of UK families facing the heaviest tax burden since the 1940s, despite Sunak’s token “giveaways,” and we have the makings of a very emotive set of headlines.

UK families are facing the greatest economic hardship since the Blitz. No, not an attack by an enemy air force, but a self-inflicted wound beginning with Brexit, encompassing a pandemic ignored for several months into its deadly passage and an punitive government policy decision to hike [double, treble] energy prices at a time when the average worker is already on their financial knees due to inflation, unemployment, and at least a million cases of “Long COVID.”

One rule for him; another for others?

By contrast, Mr Sunak appears, whether rightly or wrongly, to have access to significant economic privileges that were apparently not previously declared and appear to be in direct conflict with his day-job as Chancellor of the Exchequer, a public office funded by the taxpayer.

Accountability under the public microscope

Whether these conflicts of interest are real, or just perceived makes no odds.

The effect is to muddy his professional reputation, and to damage trust in his ability, or even his desire to make strategic financial and economic decisions in the interest of UK taxpayers.

Reputational damage of this magnitude tends to snowball and unwelcome news will stick to Mr Sunak like mud to a blanket. Mr Sunak will find he remains under the public microscope about all sorts of potential ‘wrongdoings‘ for some time to come.

Bad news travels at the speed of Social Media

Here are just a few of the thousands of comments about Mr Sunak posted by influential social media users. There is no delete button for the Internet and social media. These posts will live in perpetuity.

It’s not the party for me ! It’s the denial , the team members he’s made resign or step down and the continual lies even to this day. You can add slippery Sunak to that as well!

A thin-skinned man-baby who’s had his entire life handed to him on a salver like he won the lottery ten times on his first try, throws a lip-trembling wobbly you could see from space when he encounters a small bump in the road. What we’ve missed now he won’t be our leader! — nick abbot (@NIAbbot) April 11, 2022

Could Mr Sunak have avoided his current debacle?

The short answer is “yes,” he could have protected himself by taking some simple steps the moment he took public office.

Anyone in any business or organisation that has stakeholders or shareholders can follow these simple steps to gain protection from future criticism:

Remember, it is always easier so explain what you did to prevent conflicts of interest than to justify your failure to declare! 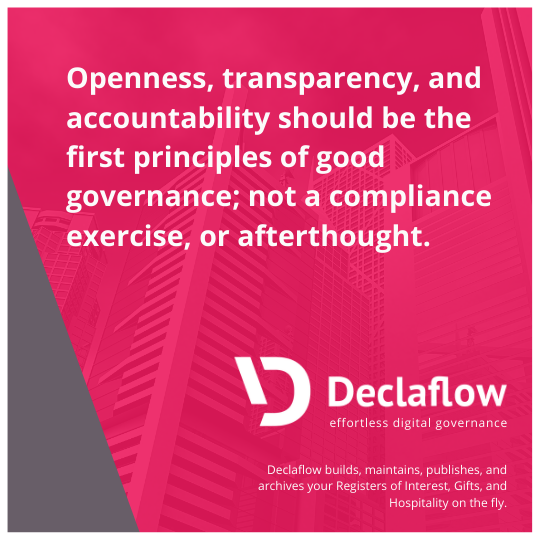 For a short time only, the experts in the field of managing declarations of interest, gifts, and hospitality at Declaflow are partnering with Charlie Helps Associates to provide free trials of their “effortless digital governance” service, and a special discount if you then choose to subscribe. Their service is provided in the Cloud, there’s no software to install, and you will save a fortune in time and effort administrating your own registers. Click here to visit their website for details or contact me directly using the form.

If you’d like to find out more about how to get the best from your Board, get in touch and I will introduce you to the right people.