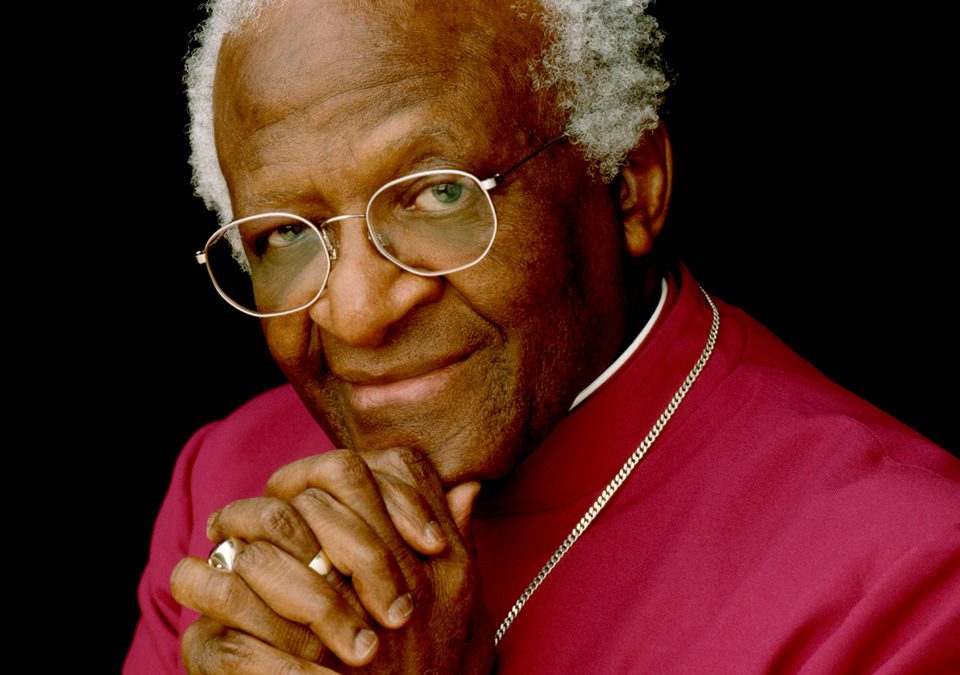 South African Archbishop Desmond Tutu is famous for his positivity, faith, and example of leading the world to a better place. He has won innumerable awards for his work, including a Nobel Peace Prize. His world view can be summarized in one statement from him:

“Do your little bit of good where you are. It’s those little bits of good put together that overwhelm the world.”

Tutu doesn’t just say this, he lives it. Born in 1931, he has lived through war, discrimination, and hardships during South Africa’s national struggles. He was eventually driven to obtain a Master’s Degree in theology and participate in non-violent protests and peace talks in coordination with Nelson Mandela.

Continuing to speak out against discrimination and violence, and in support of diversity and reconciliation, Tutu is recognized as a worldwide leader in acceptance and love for others. He has even gone so far as to express dismay at the Church’s stance on homosexuality, stating that:

In this video, Tutu expresses his thoughts on leadership, which he has spent several decades exemplifying. While he admits that some leaders have led entire nations and peoples into disaster, he insists that a good leader will suffer for the sake of those they lead. “They are a leader because they are a servant,” Tutu states.

His beliefs may not seem in touch with today’s business world when he says, “You are not one who is seeking self-glorification.” Many would argue that is exactly what modern leaders spend much of their time doing,

but Tutu insists that the best leaders, “are doing something sacrificial for the ones they are serving.”

Through this form of servant leadership, one can inspire their followers and demonstrate the best characteristics and objectives of the people they are leading. This is the leadership that has made Desmond Tutu an inspiration to those he has helped and those who look to him as an example.