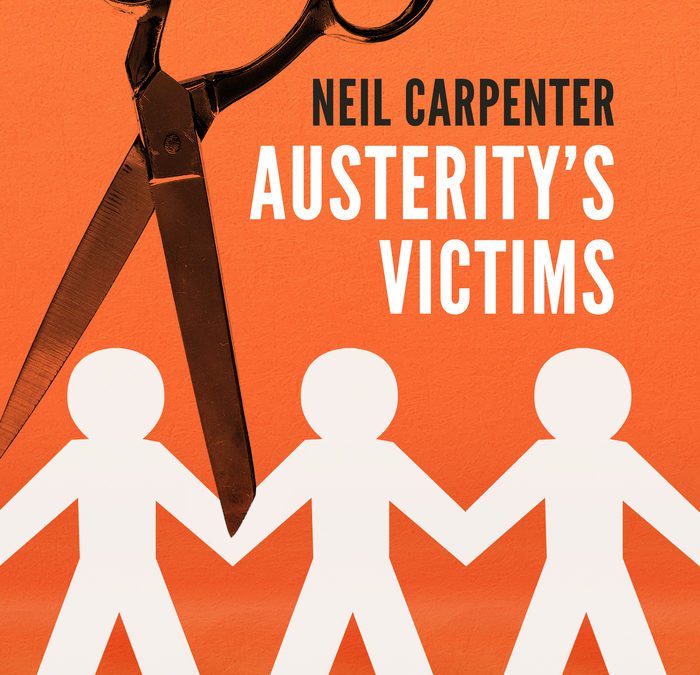 1,000,000 adults with a learning disability in the UK  have suffered because of government ‘austerity’ measures

Guest author Neil Carpenter exposes the reality, describing in detail the lives of five men living in Cornwall. Their income, below the relative poverty threshold, is compared with national/county medians and the Minimum Income Standard of the Joseph Rowntree Foundation. Their quality of life, as support and benefits are cut away, is also examined and shown to fall a long way short of the wellbeing defined in the 2014 Care Act.

In 2012, as government austerity measures were beginning to bite, I started work as a volunteer advocate for adults with a learning disability, going into day centres, running a drop-in advocacy session and visiting people in their homes.

My initial impression was that nearly everyone I met seemed poor as if poverty was an almost inevitable part of having a learning disability.

I wanted to see if that impression of poverty was accurate and set about writing a detailed account of five men living in Cornwall who have a learning disability, with the aim of exposing the injustice they and others have experienced as a result of government policy.

It goes without saying that their income is below the relative poverty threshold.

From the case studies, other common features emerge as well as relative poverty.

For all the men in the book, their lives fall a long way short of the ‘wellbeing’ the 2014 Care Act says they should be experiencing. One component of ‘wellbeing’ is ‘personal dignity’. If you read the chapter on Danny and his Work Capability Assessment, his tears at the initial outcome showed how little ‘respect’ (another word from the Care Act) was shown to him. ‘Personal dignity’ doesn’t even come into it.

If as a result of reading this blog, you’d like to read Austerity’s Victims, click the link to find it on Amazon in Kindle and Paperback.

My aim is not to make a profit on sales but rather to get through to as many readers as possible and show how poorly people with a learning disability are treated. The print version is therefore for sale at cost price and the Kindle version at only 99p.

Neil Carpenter was born in 1950 in Cornwall. After reading English at Cambridge, he had a variety of lecturing jobs in England and abroad before returning to Cornwall to teach English in schools.

Since retiring Neil has published a novel, ‘Killing You Softly‘, that reflects a lifetime’s interest in politics and attacks the ‘reforms’ of the NHS. He has also worked in retirement as a volunteer advocate for adults with a learning disability. ‘Austerity’s Victims‘, non-fiction, is based on that experience.